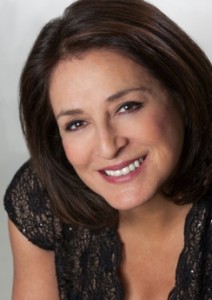 Soprano Patricia Schuman has performed previously with Cappella Cantorum MasterWorks Chorus, most recently with our production of Poulenc Gloria and Bass Christmas Ornaments in 2008.

Recently, Ms. Schuman made her role debut as The Duchess in Thomas Ades’ Powder her Face with the Opera Company of Philadelphia to great critical acclaim.  Preceding that, she appeared at the Glimmerglass Festival in a double bill as Estelle Oglethorpe in John Musto’s Later the Same Evening and as Carlotta O’Neill in a world premiere of A Blizzard at Marblehead Neck by Jeanine Tesori. Ms. Schuman made her debut with the Houston Grand Opera in the title role of Florencia en el Amazonas by Daniel Catàn, which she also recorded for Albany Records.  She can be seen on video as Poppea (L’incoronazione di Poppea), Donna Elvira(Don Giovanni) from the Royal Opera House at Covent Garden, and Countess Almaviva (Le nozze di Figaro) from Madrid Opera.  In the last few years, Ms. Schuman has concentrated on recital and chamber music.  In January of 2013, she appeared with husband, David Pittsinger, in recital at the Essex Winter Series.  Following that, she premiered a new oratorio, Letter from Italy, by composer Sarah Meneely-Kyder and Connecticut poet Nancy Meneely, led by Joseph d’Eugenio and the Greater Middletown Chorale. 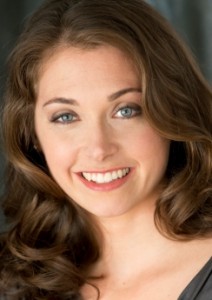 While this will be the first time contralto Heather Petrie has performed under the Cappella Cantorum MasterWorks Chorus banner, several members of Cappella Cantorum had the pleasure of singing with Ms. Petrie with the collaborative production by Connecticut Virtuosi Chamber Orchestra, Connecticut Lyric Opera Chorus, New Britain Chorale and Paderewski-Polonia Choir where she headlined their production of Verdi Requiem last year.

Ms. Petrie returned last season to debut the role of Mary in Wagner’s der Fliegende Holländer, and was alto soloist in Szymanowski’s Stabat Mater.  In Manhattan, she performs frequently with Musica Sacra, the choir of St. Ignatius Loyola, and Voices of Ascension, and has also sung with the Holy Trinity Bach Vespers series, and at the Cathedral of St. John the Divine. This past spring Heather made her Carnegie Hall debut with the American Symphony Orchestra, as alto soloist in Ernst Bloch’s Israel Symphony.  At Symphony Space, she has given concert performances of Suor Angelica(La Zia Principessa) and Hänsel and Gretel (The Witch).  Other opera roles include Larina in Eugene Onegin, Baba in The Medium, Miss Todd in the Old Maid and the Thief, Arnalta in L’incoronazione di Poppea, and Marcellina in Le Nozze di Figaro.  She has also been a member of the chorus at both Bard Summerscape, and the Princeton Festival.