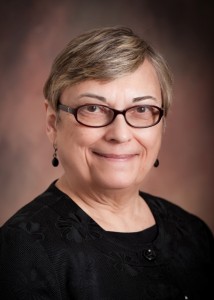 Ms. Lyon received a Bachelor of Music degree from the Oberlin College Conservatory of Music, majoring in music education and organ.  While at Oberlin, she spent her junior year studying at the Mozarteum, Salzburg, Austria.  She did graduate study and was a teaching assistant at The Ohio State University, and participated in summer courses at Westminster Choir College.  She has served as rehearsal accompanist and music director for more than sixty productions.  Ms. Lyon has accompanied East Lyme Arts Council shows and has been the music director for Montville High School, Norwich Arts Council and L&S Centerstage Productions in Norwich.  For  nine years, she was the accompanist for the Connecticut Gilbert and Sullivan Society and the G&S Trio.  For 26 years, she also provided music direction for Gilbert and Sullivan Elderhostels at the Incarnation Center of Ivoryton.

Other accompanying credits include solo recitals for the Phraner Vocal Studio and Connecticut College.  For many years, Ms. Lyon performed statewide with Martha Atkinson as the four-hand piano team of “Two Plus Two.”  Recently retired from private piano teaching and as Music Director at St. Mark Lutheran Church in Norwich, she now resides in Old Saybrook.